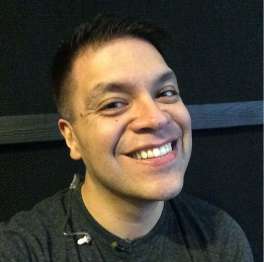 As the Chronicle’s music critic and culture reporter, Joey Guerra is a fixture of Houston’s entertainment scene and a keeper of local lore.  When Mick Jagger is at the Menil, or Ariana Grande is in Mission Control, or Lizzo is shopping for grills with Paul Wall, you hear about it from Joey or it didn’t happen.  He has also snagged interviews with hundreds of artists, including Beyoncé, Cher, LL Cool J, Taylor Swift, and all of the Jonas Brothers (even the fourth one who had only been theoretical).  Joey is Houston’s all-access pass to everything awesome and we just follow him in like we belong.

But more so than just a mere media member, Joey Guerra has been a key part of Houston’s LGBT community for years as the organizer of Pride Houston’s Superstar competitions among other efforts.  His experience as Superstar’s main judge makes him the ideal person to decide our grand prize contest.  Having covered everyone from Tori Amos to ZZ Top, Joey’s not easily impressed, so only those Crawlers with the absolute best costumes need step on his stage.

You can regularly read Joey in the Houston Chronicle of course, but he is also an absolutely awesome follow on Twitter.